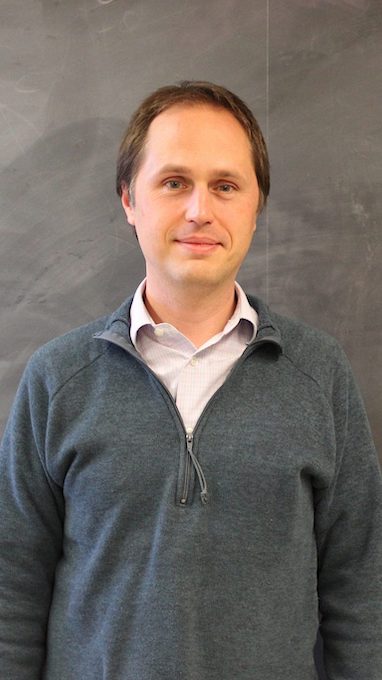 Samuel Lisi, UM assistant professor of mathematics, has been awarded a National Science Foundation fellowship to advance his innovative research into a branch of mathematics known as topology. Photo by Shea Stewart/University of Mississippi

For the second time in three years, a pair of University of Mississippi professors have been awarded National Science Foundation fellowships to advance their innovative research.

Lisi, who joined the UM faculty in 2014, will continue his study of a branch of mathematics known as topology with collaborators at Ohio State University. Platt will conduct his research into geological drill core samples from Mississippi at the Continental Scientific Drilling Coordination Office at the University of Minnesota.

“I am very honored and excited to receive this fellowship,” Lisi said. “This is a great opportunity for me to expand my areas of interest and branch out into a new – though related – field of research.

“My colleague, Dr. (Sasa) Kocic, received this award two years ago, and it was a very transformative experience for his work. I have high hopes that this will have a similar impact on my career and work.”

For Platt, who joined the UM faculty in 2013, the fellowship will help him meet a personal objective.

“When I began working at the University of Mississippi, one of my goals was to establish a research program that used Mississippi geology to address broader-scale climatic and environmental issues,” he said. “To me, receiving this fellowship means that I am well on my way to meeting that goal.”

While enhancing their research trajectories, Lisi and Platt also are expected to use their new knowledge to benefit the university’s research capacity. 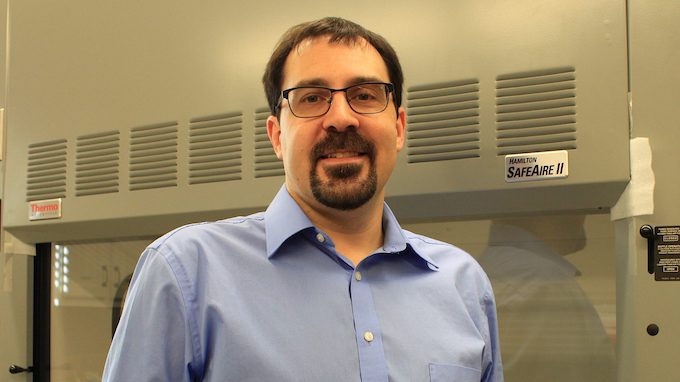 “UM is proud of these new awards for Drs. Lisi and Platt,” said Josh Gladden, the university’s vice chancellor for research and sponsored programs. “A unique aspect of these awards is that they help fund collaborative work between faculty across institutions.

“Such collaborations are crucial for all robust research environments and often lead to new ideas and breakthroughs.”

Lisi’s research at Ohio State will focus on topology, which studies the shape of space, and specifically applied symplectic topology, which Lisi describes as “the study of the geometric consequences of conservation of energy.”

“I’ve also always loved geometry and geometric problems. Symplectic topology combines these two interests of mine in a beautiful way.”

The award creates a new collaboration between UM and an interdepartmental group at Ohio State called the TGDA group, whose interests span topics in the intersection of topology, geometry, probability, statistics and data analysis. Lisi will work with Ohio State professors Tamal Krishna Dey and Matthew Kahle in opening up a new field of study: probabilistic symplectic topology.

“This collaboration will … build ties between our two institutions, which is beneficial for our graduate and undergraduate students,” said Lisi, as the collaboration will broaden his ability to work with Ole Miss colleagues in engineering and the sciences, and also strengthen UM’s research into topology and dynamics by bringing a new area of expertise to the university and state.

A rock collection purchased by his parents at a garage sale introduced Platt to geology as a boy, and he vividly recalls smashing the pieces of granite with a hammer to try to separate and identify the individual minerals that composed the rocks.

His research is focused on employing geological drill core samples from deep below the Earth that can be used to reconstruct long-term changes in ancient environments and climates.

Platt’s fellowship will allow him and a graduate assistant to make two extended visits to the Continental Scientific Drilling Coordination Office, where they will examine existing core from Mississippi drilled by the UM Mississippi Mineral Resources Institute.

“I plan to learn 14 new techniques for analyzing core; this will produce multiple sets of data spanning up to 360 feet of core,” he said. “The (Mississippi) core contains rocks and sediments from (an epoch) known as the Paleocene, meaning that they are over 56 million years old.

“The time interval sampled by the core preceded several episodes of rapid global warming, which are thought to be the best ancient analogs for projected future climate change. But to properly understand the effects of the ancient warming episodes, we need to know about background climate and environmental conditions before the changes occurred. A result of this project will allow me and my colleagues to interpret what Mississippi was like during the Paleocene.”