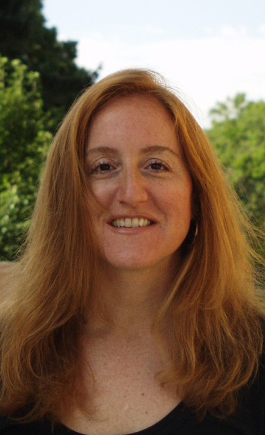 The National Science Foundation, the nation’s premier federal agency for the promotion of the progress of science, has appointed Sandra Spiroff, a University of Mississippi professor of mathematics, as program director in the Division of Mathematical Sciences.

This division is housed within the NSF Mathematics and Physical Sciences Directorate.

In this role, which begins this fall, Spiroff will make recommendations about which proposals to fund; influence new directions in the fields of science, engineering and education; support cutting-edge interdisciplinary research; and mentor junior research members.

“I am thrilled with the opportunity presented to me by the National Science Foundation,” Spiroff said. “Being selected as program director validates all of my hard work and perseverance over the past several years.

“I can only hope that my achievement acts as motivation and encouragement to a younger generation pursuing STEM careers, especially those from marginalized groups.”

Spiroff will serve in the NSF’s Rotator Program, designed to close the gap between government, academics and the broader community, which exposes participants to a level of excellence in science that encourages them to elevate their own research upon returning to their university community.

Spiroff joined the Ole Miss faculty in 2008. She earned her doctorate in mathematics from the University of Illinois, is the author of 21 research publications and has held grants from various funding agencies.

Her work focuses on algebraic structures such as groups, rings and modules. Specifically, her research interests lie in the field of commutative algebra.

In 2019, the NSF awarded her a grant to support participants’ travel to the Banff International Research Station for a weeklong workshop. Along with three faculty at other institutions, Spiroff co-organized the Women in Commutative Algebra Workshop at BIRS and helped launch a research network under the purview of the Association for Women in Mathematics.

During her academic career, she has been an advocate for women and minorities in the field of mathematics, working with Donald Cole, former UM assistant to the chancellor for multicultural affairs, in the National and Gulf States Math Alliances to broaden participation in the mathematical sciences.

“Professor Spiroff is an invaluable member of the College of Liberal Arts community as a researcher, teacher and role model,” said Lee Cohen, dean of the College of Liberal Arts. “This appointment from the National Science Foundation is well-deserved, and her contribution will enrich scholarship both at the University of Mississippi and across the field of mathematics.”