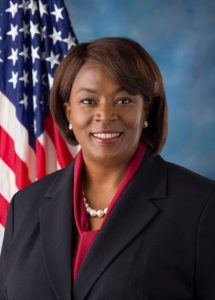 Technical Director, US Department of Defense

Carla Cotwright-Williams has had an outstanding professional career that stretches between both academia and government research and development. Since her graduation from UM in 2006, she has held faculty positions at Wake Forest University, Hampton University, and Norfolk State University. Most of her time has been spent in government IT and data science research positions, including NASA Ames Research Center, U.S. Navy, Social Security Administration, and currently the Department of Defense where she was recently the Acting Chief of Data Science and Artificial Intelligence.  She is currently a Technical Director at the DoD.

Cotwright-Williams has been a leading voice in STEM at the national level, with a fellowship at the American Association for the Advancement of Science (AAAS) as well as a Science and Technology fellowship in both the US House of Representatives and the US Senate.

She cites communication as both a large part of her responsibilities and a significant factor in her success. The communication skills her professors had admired so early on had deep roots. What began with her experience working alongside mentors with the IMAGE program, a National Science Foundation-funded program to promote STEM to minority students, only flourished in her many roles as the communicator of data to laypeople.

Carla Cotwright-Williams has never met a barrier or a stereotype that could stand up to her; antiquated standards for race and gender quail in the face of her unrelenting competence.

A warm and succinct communicator, she struck her own path early on, attending college far away from her home on the West Coast. After earning her B.S. in mathematics from California State University-Long Beach, she sought out the historically black colleges and universities, or HBCU, experience and attended Southern University in Baton Rouge, Louisiana, where she obtained her master’s degree.

She then attended a consortium of Ph.D.-granting universities in Mississippi. It was there that she got her first taste of the University of Mississippi, which would become the stage for more personal growth and achievements than she could have anticipated.

In addition to her own doctoral studies, Cotwright-Williams took on other responsibilities at the university, many of them unexpected. She discovered the first of these the Friday before classes started — unbeknownst to her, she would be teaching a class of her own! Fortunately, she was able to take the instructional course and found, after some adjustment, a real interest in teaching.

She also got involved in student organizations: Pi Mu Epsilon, the Black Graduate and Professional Student Association and the Graduate Student Council, where she served as secretary, vice president and, ultimately, president.

With the GSC, she traveled to Washington, D.C., and lobbied on behalf of graduate students. She joked, “In getting your Ph.D., you develop a lot of skills not necessarily related to your subject matter!” It was her first foray into government affairs, and it wouldn’t be her last.

Her professors quickly took notice of her initiative.

“Carla was one of those special student leaders,” said Maurice Eftink, former graduate dean and associate provost emeritus. “She had concerns about the students she was teaching and concerns about her fellow graduate students.

“She had obvious leadership qualities. When she spoke, her peers listened. And we discussed how she needed to answer this call to leadership. Carla was a little reluctant but then committed to be president of the Graduate Student Council. I think she grew in confidence after that decision. She was one of our most successful presidents.”

Another former professor and mentor added that Cotwright-Williams’ “inquiringly pleasant demeanor” positioned her as a leader and spokesperson for the Department of Mathematics, the Graduate School and the university in general.

“We always loved for her to be our representative, be that in a classroom setting, as representative at a faculty meeting or even at a national conference,” said Donald Cole, assistant provost and associate professor of mathematics. “With Carla at the helm, we knew that we would be well represented. Carla was always able to turn chaos into reason.”

This propensity for leadership through her communication skills would be a critical element of her future success.

Cotwright-Williams graduated as the second African-American female to ever emerge from the Department of Mathematics with a Ph.D., her one predecessor being many years prior. She was one of four African-American Ph.D. students to graduate from the department that year, one of whom would become her husband. After graduation, she and her husband moved to Virginia, where they would both take tenure-track positions at different universities: He went to Hampton University, while she went to Norfolk State.

Soon, she felt called to a career outside academia: the federal government. After not being accepted to the first fellowship to which she applied, Cotwright-Williams took a few public policy courses and spent two summers as a research fellow, first with NASA and then with the U.S. Navy.

These short fellowships broadened her experience and made her a more outstanding candidate when she reapplied for a lengthier position. She was then selected for an American Association for the Advancement of Science fellowship for the 2012-13 year. During that time, she worked as a science and technology fellow for both the Senate and the House of Representatives.

One highlight of her experience was the opportunity to travel with an investigative team from her committee to interview first responders from the Boston Marathon bombing, in preparation for a congressional hearing.

“It was a tragic situation, and I was just glad to be able to do something meaningful that way,” she said.

In 2014, Cotwright-Williams worked as the technical lead on a million-dollar federal contract to assess data quality in a Department of Homeland Security data system, U.S. Citizenship and Immigration Services. At present, she serves as the Hardy-Apfel IT Fellow for the Social Security Administration. [Since this profile was written in 2017, she moved to the Department of Defense.] She cites communication as both a large part of her responsibilities and a significant factor in her success.

The communication skills her professors had admired so early on had deep roots. What began with her experience working alongside Eftink with the IMAGE program, a National Science Foundation-funded program to expose children of color to STEM (Science, Technology, Engineering and Mathematics) graduate studies, only flourished in her many roles as the communicator of data to laypeople.

She knows all too well the difficulty people often face in trying to convey scientific or mathematical information to people from other fields.

“It’s a big challenge in mathematics and other STEM fields,” she said. “We’re not always the best communicators. And so the rest of the world can’t always appreciate what we do. But I like to say I’m using my math to help the public.”

And Cotwright-Williams is certainly helping the very young people, specifically young women of color, who will one day follow in her footsteps.

“I didn’t meet a black woman mathematician until I was in grad school,” she said. But thanks to women like her, the face of the world is changing. “We’re no longer hidden figures that are trying to make an impact on the world.”